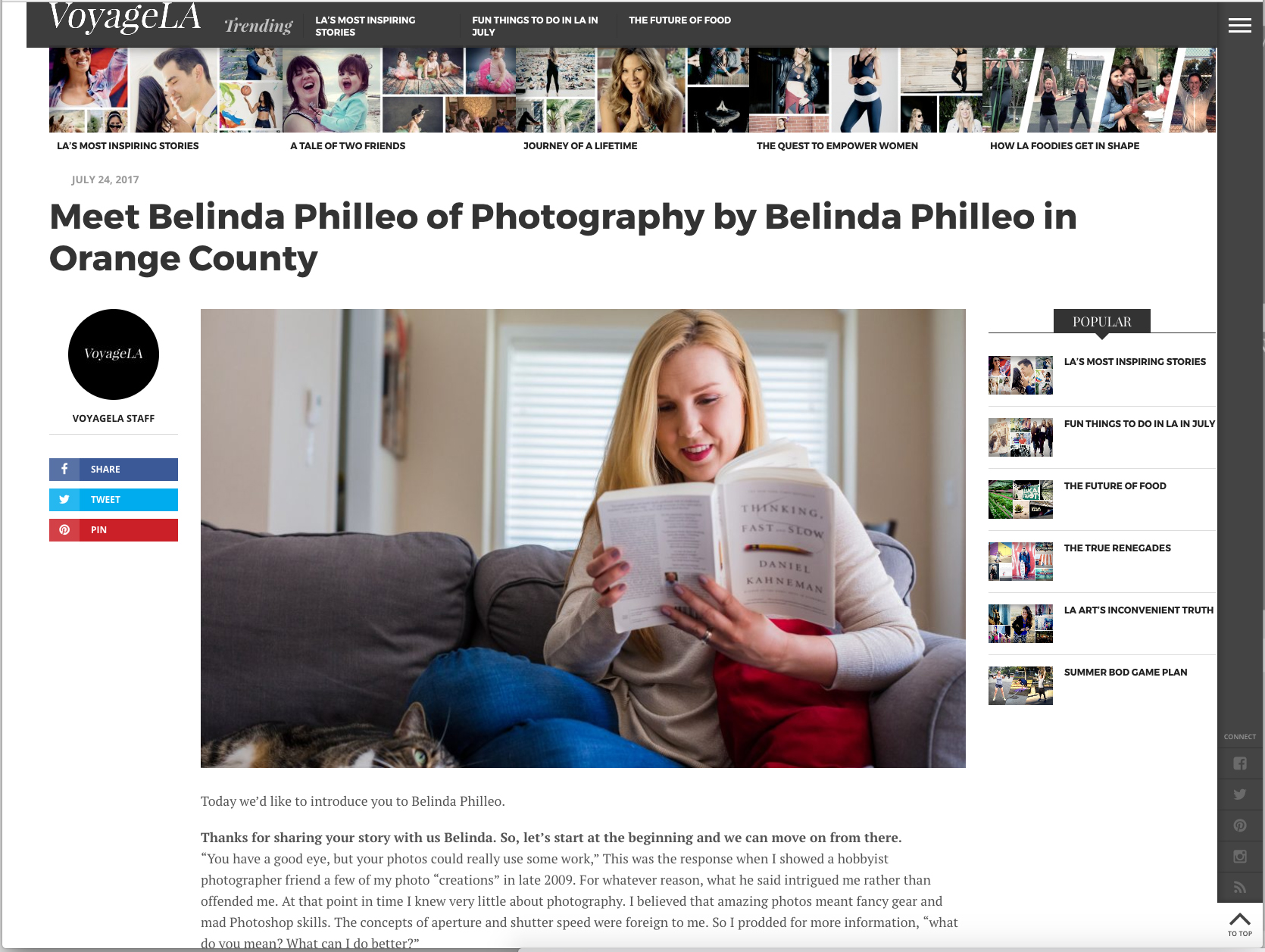 To be honest, when I first got the email asking for an interview to be featured on Voyage LA Magazine, I thought it was spam. “Ha! Why would they want to interview me?”

But then, for whatever reason, I decided to click over to the examples of the other people who’d been featured and something about the way they were highlighting these young entrepreneurs stood out to me. Each interview was a little different, so it wasn’t the same questions/stories over and over. I loved the way they were celebrating these small businesses and the people who’ve worked so hard to bring them to life. So, despite having a legit case of the jitters, I agreed to do it.

If you want to check it out and read a bit about how I got started in photography, as well as a few good lessons I learned along the way, feel free to stop by and read my interview with Voyage LA here.

While you’re there, check out some of their other articles on fun stuff to do in Los Angeles and other inspiring posts!

Hi, my name is Belinda!

I got married in 2006 when The Knot and Style Me Pretty were still in their infancy. Planning my own wedding felt overwhelming and confusing. So when I started my photography business later on, creating a resource with helpful and relevant content for engaged couples was a must.

I try my best to write articles that are unique and relevant throughout not only your wedding planning journey, but ones you can reference and share as newlyweds and seasoned marriage mates as well. It's my hope that this blog helps answer your wedding questions and inspires you with swoon-worthy details and fresh ideas!